Top Cincinnati neighborhoods to Move To

Cincinnati’s neighborhoods are as unique as its residents.

So, how do you choose which one to live in? Let Cincinnati movers Leaders Moving & Storage show you around and you’ll be sure to find a place to call home in no time. Home to professional sports teams Cincinnati Reds and Cincinnati Bengals, as well as The Newport Aquarium (technically, this is across the river in Kentucky); Cincinnati is one of the Midwest’s hidden gems. This comprehensive list of Cincinnati neighborhoods will make you want to move to southwest Ohio.

For many years residents worked but did not live in downtown Cincinnati due to a lack of housing options. In recent years, however, this has changed, as numerous flats and lofts have been carved from old warehouse and department store buildings — both for rent and to buy. Spanning from Central Parkway to Ohio River, downtown Cincinnati is bustling. Trading in the long commute from the suburbs for the convenience of downtown transportation, Cincinnati’s working inhabitants are laying ground here. Biking and walking paths throughout the downtown area make getting to and from shopping destinations and dining, like Nada or Via Vete on Fountain Square, a breeze. During the cold winter, or if you’re not up for walking or biking, you can take the bus — transit hub Government Square is located on Fifth Avenue. Just six miles away across the river is the nightlife and lifestyle destination. Though not technically in Cincinnati, Newport on the Levee is adjacent to the Purple People Bridge, which provides a beautiful view of downtown Cincinnati.

Also referred to as Mt. Adams, this Cincinnati neighborhood sits atop steep inclines overlooking downtown Cincinnati and the Ohio River. Once one of the winemaking capitals of the world, you will not find fast food and chain restaurants or outlet malls here, instead eclectic bistros and boutiques. Mount Adams’ roads are winding, and its architecture, historic. Quite the charmer, as you can imagine, this Cincinnati community whisks you away from the buzz of the city. Beautifully spacious Eden Park surrounds Mt. Adams, giving its residents picnic areas, playgrounds, scenic bike paths and walkways, gardens and nature centers. With all these amenities you can see why Mount Adams’ average list price is about $610,000, making it home to well-to-do young professionals and empty nesters.

As one of the largest, intact historic districts in the United States, Over-the-Rhine is arguably Cincinnati’s most picturesque neighborhood. Newcomers from small towns will feel at home with OTR’s safe and quaint feel while those from the big city will find comfort in its energy and quirkiness. Over-the-Rhine is candidly known as Cincinnati’s brewery district, home to Ohio-famous Rhinegeist and the largest and oldest Bockfest in the United States, which honors OTR’s history and community. Though historic landmarks and Italianate architecture line Vine and Main streets, OTR has a youthful quality too. With affordable rent and a new restaurant to check out every week, artsy Over-the-Rhine is an ideal place to live and work for young professionals.

Close to downtown Cincinnati and major universities, Walnut Hills is a diverse area rich with various ethnicities and economic backgrounds. In addition to Walnut Hills’ close proximity to the University of Cincinnati and Xavier University, it is home to one of Ohio’s highest-ranking high schools — Walnut Hills High School. Residents seek entertainment at art venues like the Cincinnati Art Museum located in nearby Eden Park. Victorian churches and homes are nestled on broad, tree-lined streets, with Keys Crescent being one of the most desirable to live on in Walnut Hills. The southern side of Madison provides a lovely view of the Ohio River Valley. If you head down McMillan you’ll find East Walnut Hills, home to a variety of businesses, boutiques and restaurants, like Asian restaurant Suzie Wong’s, located at DeSales Corner.

Surrounded by trees, this affluent neighborhood sits northeast of Cincinnati

It is no secret the well-to-do call Indian Hill home — the community was named “the best place to raise a family” by The Robb Report. Quaint and home to about 6,000 inhabitants, Indian Hill is decorated with rolling hills and vast forestland. Ahead of its time, earth-conscious Indian Hill has only allowed single-family homes to be built there. Indian Hill’s zoning is 100-percent agricultural and residential, with the exception of schools, churches and city administration buildings. Dotted across Indian Hill’s 20-square-miles of charming little roads and countryside are 1920s-era mansions, giving the area an almost rural feel. To the southwest of Indian Hill sits Civil War landmark Camp Dennison and historic event venue, Schoolhouse. With all of this and Indian Hill’s prized schools, this quiet suburb is an ideal location. 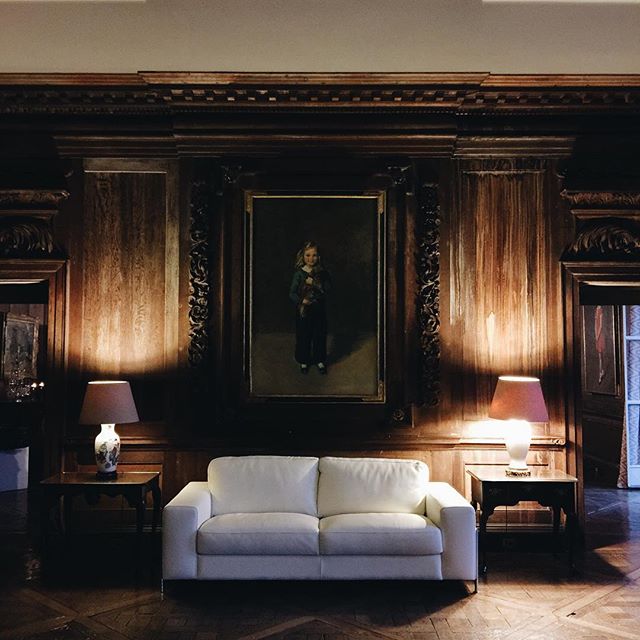 Get the feel of downtown Cincinnati without actually living there

Located about six miles northeast of downtown Cincinnati, Hyde Park is one of Cincy’s top neighborhoods. In close proximity to Ault Park, the Krohn Conservatory and the Cincinnati Art Museum, Hyde Park will never leave you wondering what to do. At its heart lies the two-block area of Erie Avenue called Hyde Park Square. Lining Erie Avenue are specialty shops and restaurants, like Teller’s of Hyde Park and Indigo Gourmet Casual Café. Now home to upper-middle class families and young professionals, Hyde Park used to be, at its beginning in 1892, exclusive to Cincinnati’s wealthy elite. Stately and historic homes fill this area, which was named after New York City’s artistic Hyde Park. Though this Cincinnati neighborhood has its share of mansions, affordable housing isn’t out of the question — predominately single-family homes or family duplexes adorn Hyde Park. This one-stop shop makes Hyde Park “the place to be,” for visitors and residents alike.

Other Cincinnati neighborhoods to consider:

For things to do and places to see in the Cincinnati area, check out the city’s visitor center.